Our North Road project has been shortlisted for the Housing Design Awards 2019.

We have been shortlisted for the annual summer exhibition at the Royal Academy. The theme for this year’s exhibition is sustainability.

We submitted a semi abstract model of part of a vertical house in a hot country which will depend on thermal stack effect ventilation chimneys.

The chimneys have glass louvres at their highest level which heat up the top of them causing an increase of vertical air movement through the dwelling. 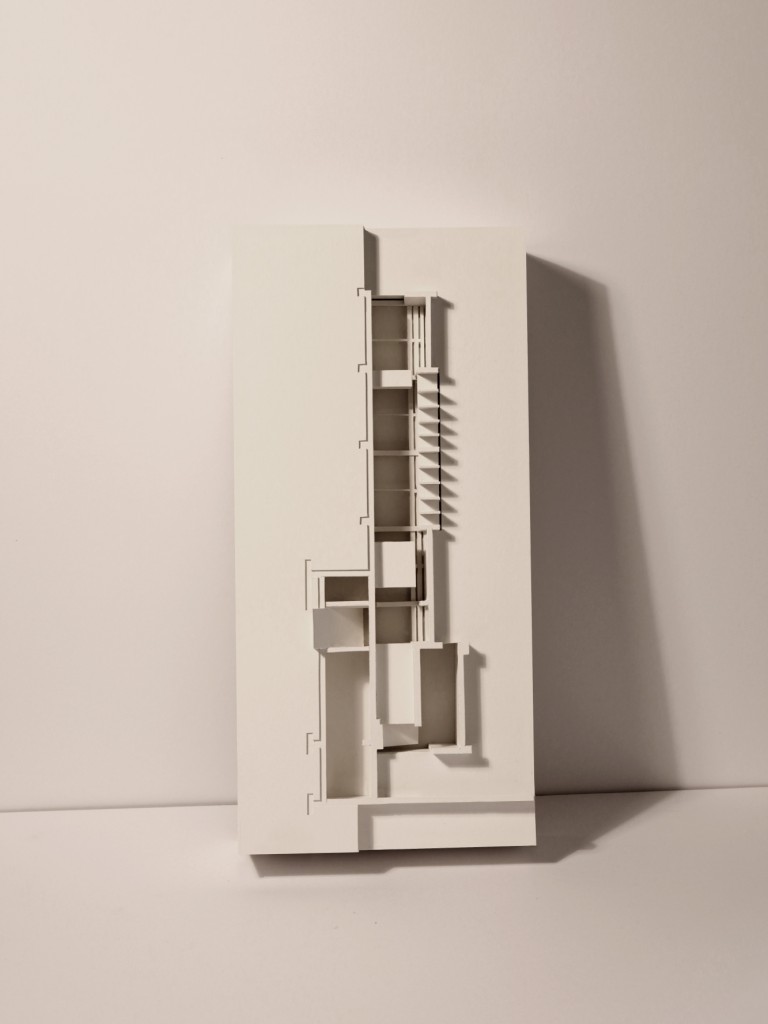 stephenson STUDIO believes that innovative, contemporary architecture, based on modernist principles has an enormously positive effect.  Our work is not based on a repeat prescription but demonstrates our concern for rigorously coherent, contextually progressive architecture that is stimulating and inspiring in concept, detail and construction.

Established in 1979 by Roger Stephenson, the practice is nationally known, Manchester based with a portfolio of work in the North West of England and a number of British Cities.

We have been deeply involved in the urban renaissance of the North West during the last 40 years; some would say we were amongst the few who started it.

We strive to make our work stimulating and inspiring in concept, detail and construction for our clients and the public alike. This approach has led to over 120 national awards with two projects short-listed for the Stirling Prize.

Roger Stephenson was awarded an OBE in recognition of the Practice’s service to architecture.

Our workload comes from both the public and private sectors and includes cultural, residential, commercial and educational buildings. All the while placing emphasis on social, economic and environmental sustainability.

The whole studio had a trip to Berlin from 9 June to 12 which featured architecture, food and drink.

The highlights were visiting David Chipperfield’s amazing reconstruction of the Neues Museum and a trip out to Dessau to see the Bauhaus and the Masters’ houses nearby.

We all had great fun and walked about 12 km a day, including Drew on crutches.